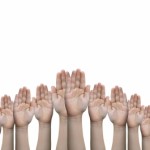 A recent Wall Street Journal article focuses on the lack of support and resources for high achieving students. Stephany Banchero writes “A national focus on the lowest-achieving students has helped boost their academic performance, but it has left the country’s brightest young minds behind, prompting calls to rethink how schools teach top kids.” It seems that the 2002 No Child Left Behind law, which put intense focus on the lowest achievers is at the same time having an adverse effect on high achievers. Obviously, the two groups shouldn’t be pitted against each other and ‘investment’ in one should not come at the expense of the other.

A report by the National Association for Gifted Children (NAGC) calls for policy changes that don’t require additional spending, such as holding schools accountable for the scores of the top-fliers, training teachers to work with top-performing children, and making it easier for top-performing children to skip grades.

Here are some data points from the NAGC report:

This entry was posted in Education and tagged Education, Gifted, high achievers, low achievers, No child left behind, policy. Bookmark the permalink.