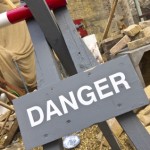 Will I let my kids walk to school alone? Highly unlikely. We live in a small town where the statistics show that there is no violent crime. Yet I know that I will not be able to be ‘reasonable’ and make a fact-based decision when it comes to the safety of my kids.

As parents we all make decisions that are not based on statistical evidence. Regardless of what the research and evidence tells us most of us will be over protective. In this we are influenced by what has been described as the Availability Heuristic – a type of decision bias highlighted in the works of Daniel Kahnemann and Amos Tversky as the tendency to judge the importance or frequency of an event based on how easily the event is brought to mind. For example, if we hear constantly about a certain type of danger (such as abduction while walking to school on their own) to our children in the news we will begin to believe that it’s a frequently occurring event. It is in the interest of news organization to sensationalize such events, no matter how infrequent they are. The facts usually contradict our beliefs, but there’s nothing we can do about it when making decisions about the safety of our kids.

The observation about the availability bias and its connection to parenting was made recently by Sam McNerney, author of the Why We Reason blog, in his recent blog post. He writes “Can you really criticize overprotective parents? They are, after all, only trying to ensure the safety of their children. But sometimes the numbers tell a different story. “ Here are some factoids from the post:

So, check out the rest of McNerney’s blog post although I doubt this information will do anything to change your parenting style. As a side note, I just started reading Nobel Prize winner Daniel Kahnemann’s Thinking Fast and Slow

. In my opinion a must read for anyone interested in decision sciences, analytics, and decision management.

This entry was posted in Parenting and tagged Decisions, Helicopter parents, Safety. Bookmark the permalink.