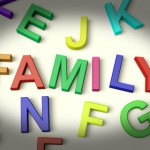 Reflecting on 2011 end of year holidays I was reminded again how fortunate we are that our kids have grandparents  who are willing, able, and available  to babysit or simply to help out. We appreciate the fact that their presence makes our lives infinitely easier. What we didn’t know is how influential they can be on the behavior of our kids.

That realization came recently when I came across a study released from the Brigham Young University Department of Family Life, located in Provo, Utah, which examined the role grandparents play in the development of children. The research by Professors Jeremy Yorgason and Laura Padilla-Walker (aided by student Jami Jackson) shows grandparents have an effect on children’s social behaviors. The research was published in the Journal of Research on Adolescence, using data collected from the Flourishing Families Project — an ongoing study from the past five years that involves 500 families from the northwest area of the U.S. and includes information on individuals from all different races and backgrounds. To look at the influence of grandparents, 408 grandchildren ages 10-14 were interviewed about their relationship with their grandparents. A year later, those grandchildren were contacted again to assess their emotional development. A summary of the study states:

“It indicates when grandparents are involved in their grandchildren’s daily lives, the children are more social and more involved in school. They are also more likely to show care and compassion for people outside their immediate circle of friends and family.This relationship is stronger in single-parent households and is also stronger in situations where the grandparents do not live with the child.”

The researchers believe that one possible reason for this correlation is that having regular contact with an adult outside of immediate family develops pro-social skills – a measure of how much kids are able to think outside themselves - essential for social development. Frequent contact with an adult other than a child’s immediate family helps adolescents to develop key emotional skills that are fundamental to positive social development. Another reason could be because nonresidential grandparents are less likely to take on a parent-like role, so they are more likely to focus their efforts on fostering positive development, rather than discipline.

Our kids have grandparents who live within a half hours drive from them. However, the distance doesn’t have to be a deciding factor in this relationship. Although the study didn’t look at distance between grandparents and grandchildren, Yorgason said that even grandparents living far away can have a positive influence.

This entry was posted in Parenting and tagged Grandfather, Grandmother, Grandparents. Bookmark the permalink.